The vast of north-eastern Greenland waters covered with sea-ice are opened before the view of scientists coming to Young Sound in spring time. Ahead of us a number of experiments that will help to understand wide range of complicated and often unclear hydrophysical, biological and geochemical processes which affect the climate of our planet. We wondered how all these processes are related and how they are interconnected?

Arctic fjords play a key role in these processes due to land-fast ice coverage. Large areas of open waters called polynyas occasionally exist at the mouths of fjords. These areas are the source of tremendous heat movement, and our study site here at Young Sound is no exception. From October until June the ice is as much as 1.6 m thick.  At the mouth of the fjord the land fast ice is replaced with the pack ice that is pushed south along the East Greenland shore by the East-Greenland current. Our team of physical oceanographers leaded by Dr. Igor Dmitrenko (CEOS – University of Manitoba) is closely looking at this area, where a large polynya forms and disappears at the mouth of the fjord. Our main goal is to better understand the impact of sea-ice processes on fjord waters and how they are affected by this large flaw in the sea ice. In October 2013 we placed several ice tethered moorings in the newly-formed ice - measuring temperature, salinity, and current velocities beneath the sea-ice. We deployed these in concert with colleagues at CEOS who put buoys to measure the growth and decay of the ice with their own beacons. 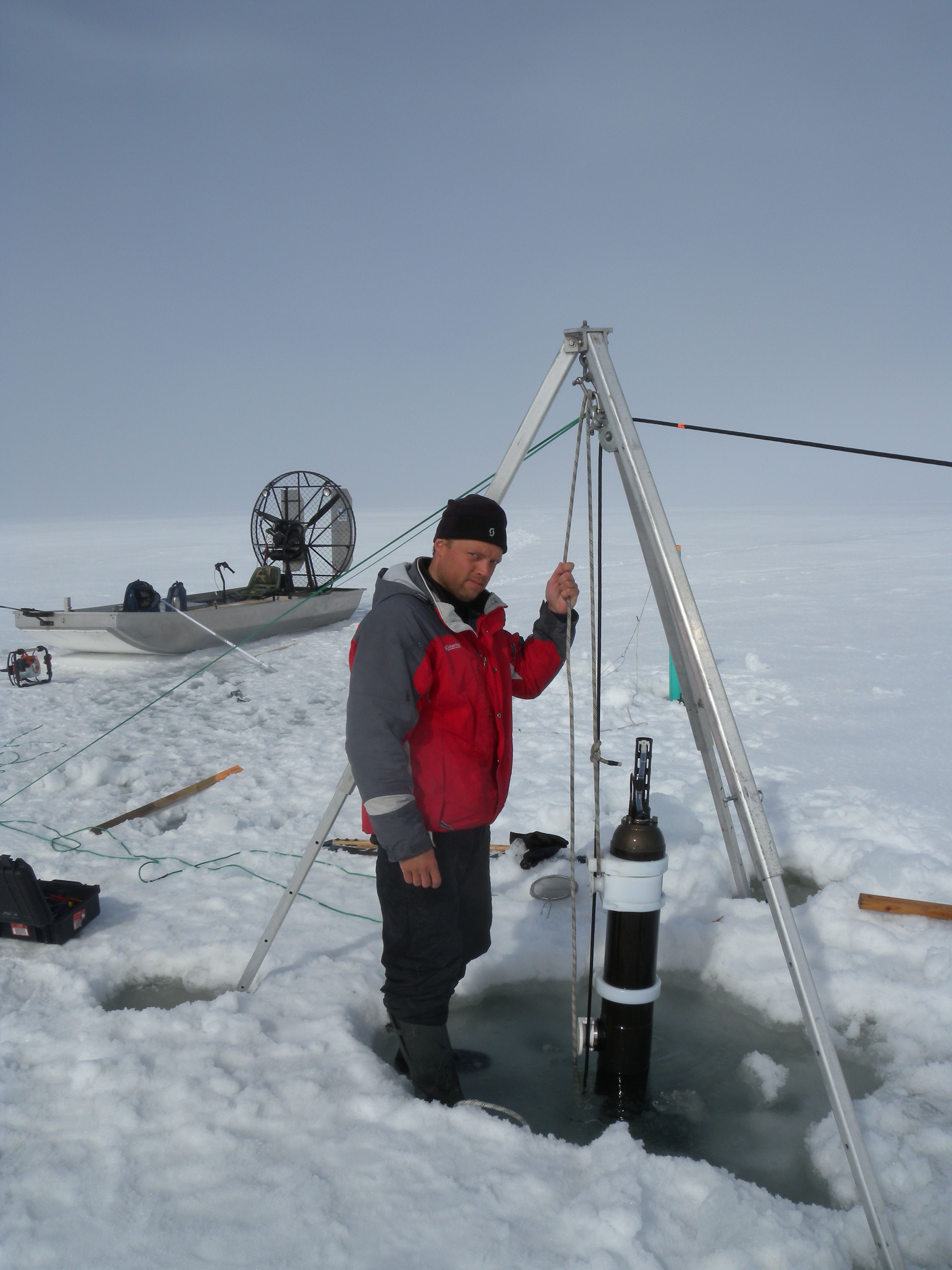 Despite our best efforts we were not able to recover all of our equipment: one of them was lost in December – blown out to sea when the ice it was deployed on was broken off in a storm. Moreover, the unusually snowy winter weighed heavy on the ice and flooded the surface layer burying the top parts of many moorings in a thick layer (40-50 cm) of slush and ice.  We spent hours chipping away at the ice to free our equipment! Nevertheless data seem to be sufficient for determining the processes responsible for forming of the local vertical circulation cell. This cell pushed salty and oxygen enriched water from the outer into the inner fjord at intermediate depths – influencing ice formation and melt deep inland.

Our Acoustic Doppler Current Profilers (ADCPs) allowed us to sample the current velocity at different locations using sounds. This dataset may help to figure out the dynamics at the farthest boundary of the fjord and the ocean– over the glacial sill where the tidal currents drastically increase as they are funneled into the narrow and shallow fjord entrance.   We do this to understand how the mixing ocean waters affect their surroundings and improve our knowledge of the hydrological and oceanographic regimes of Eastern Greenland. 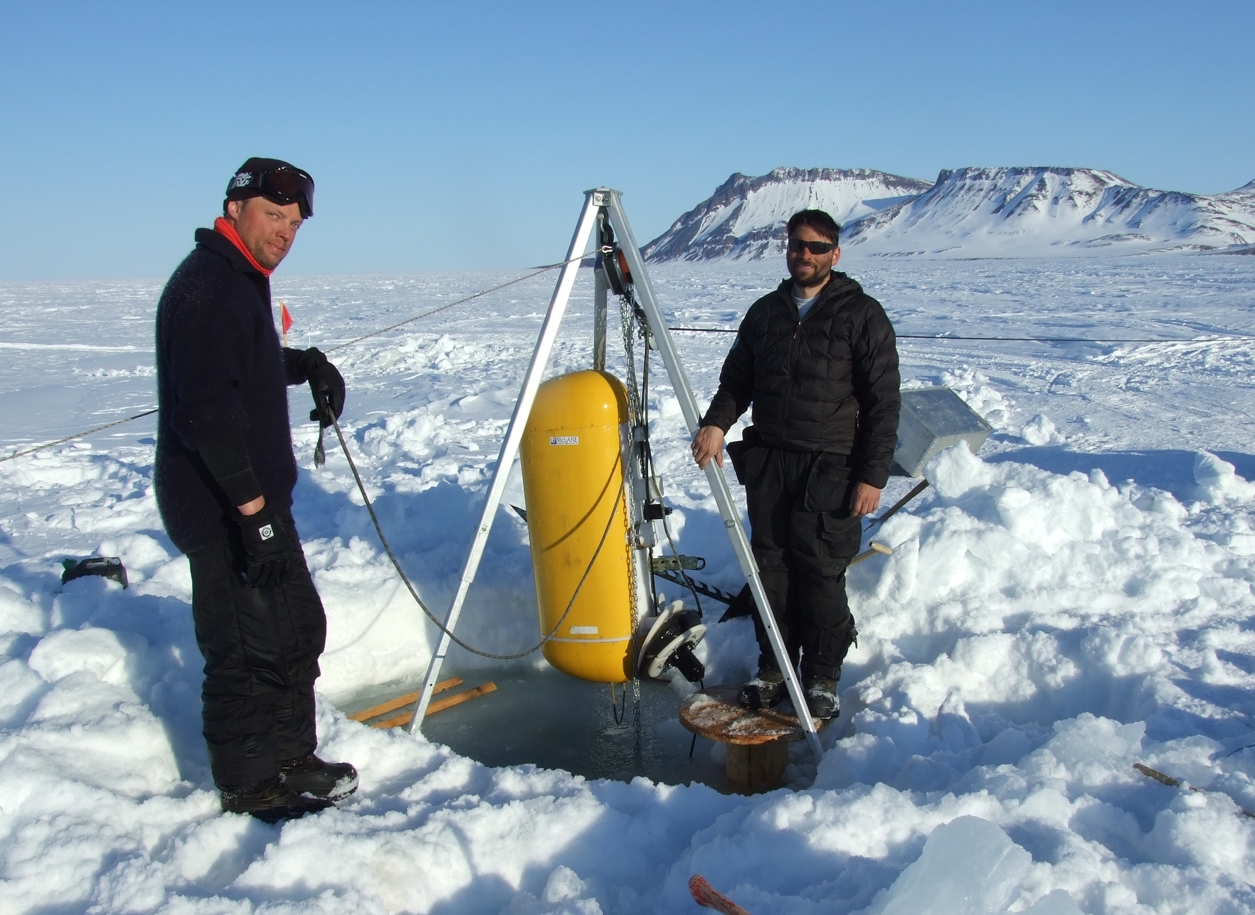