Ambitious research plans for the Arctic now in operation

Ambitious research plans for the Arctic now in operation

Shrimps are moving towards the north. The cod no longer comes to Greenland to the same extent that it used to. Sea ice is melting and will probably have completely vanished from the northern hemisphere within a few decades. Sea areas and mountains usually covered by snow and ice are now available for oil and mineral extraction, and commercial ship transport in the ice-free waters can be intensified. But what are the implications for the Arctic ecosystems and the living conditions in the Arctic?

“Global warming occurs twice as fast in the Arctic areas as anywhere else on Earth. Arctic nature and Arctic communities are undergoing profound changes, and there is a massive need for quick intervention. We need to improve our holistic perception of the Arctic ecosystem to be able to understand how the climate changes affect the living conditions for plants, animals and humans in the Arctic,” says Søren Rysgaard who is professor at the Greenland Institute of Natural Resources, Nuuk, and Aarhus University as well as Canadia Excellence Research Chair at the University of Manitoba.

Already in 2013 scores of researchers participating in the ASP network will travel to Nuuk. Throughout the year the researchers will study the interactions between climate, nature, society and health. The studies will be conducted in four intensive periods and will include all levels from the sea bottom to the upper layers of the atmosphere. Also during the year, research will be conducted within the area to obtain a better understanding of the seasonal impacts on a number of central processes.

“We will bring together researchers from several different research disciplines, enabling them through a joint effort to create the synergy producing new insight into the consequences of climate changes for the Arctic,” says Søren Rysgaard.

The researchers will study in detail specific processes on land, in the sea and in the atmosphere and will focus on how the climatic changes with increased precipitation and melting of glaciers will influence sea currents, the sea environment and key species that are essential to the Arctic population. The effort aims to generate new knowledge of how climate changes interacting with pollutants and increased industrial activity impact the environment, social conditions and population health. Considering the present plans for establishing large mines, oil and gas fields in Greenland and the risk of releasing hazardous substances to the environment, the investigations will also provide insight into how such a potential release may influence nature and humans.

One of the focus areas of the research effort will be the study of the importance of sea ice for the atmospheric concentration of the greenhouse gas carbon dioxide. ASP researchers have recently documented that carbon dioxide is expelled from the sea water when the ice is formed. Via this process the sea ice absorbs carbon dioxide from the atmosphere and transports it to the depths of the ocean where it during several hundred years is isolated from the global carbon cycle. Potentially, the creation and thawing of sea ice may remove an amount of carbon dioxide corresponding to the goal of the Kyoto agreement, and the process may play a vital role in the global carbon cycle and for the atmosphere’s concentration of carbon dioxide. However, detailed analyses of different types of ice from different locations are required to allow predictions of the future concentration of carbon dioxide in the atmosphere. We do not know either which role planktonic algae will play in the Arctic oceans without sea ice cover. They will take over part of the role of the ice, but it is yet unknown how much carbon dioxide the algal photosynthesis process will remove from the atmosphere, and how much of the algae carbon will be transported to the deeper-lying water layers. The collaboration between researchers within multiple scientific fields will help provide answers to these all-important questions.

The implications of climate change for land-based communities 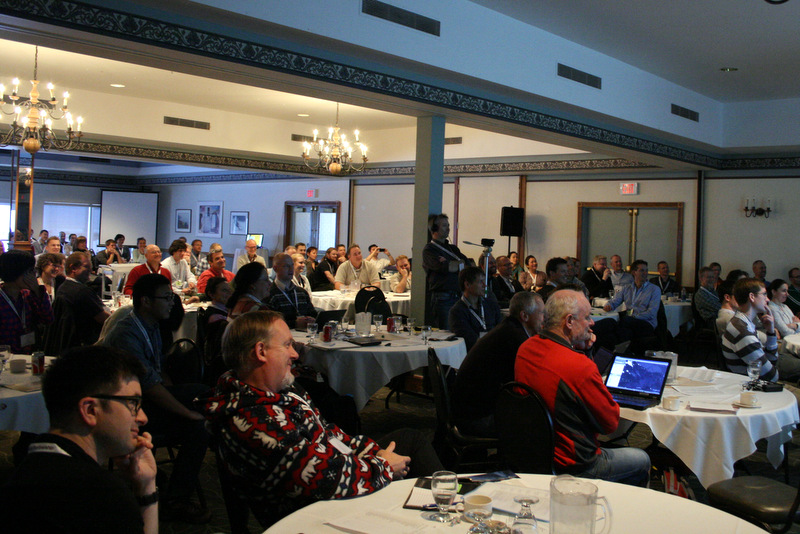 On land the researchers will investigate what happens when the inland ice retreats and the temperature increases. The retreat of the ice will lay bare completely new ecosystems allowing the researchers to study ecosystems that range in age from a few months to a thousand years. The age of the landscapes and lakes will be related to the development of the biological communities, their diversity and function, and sediment core samples will be taken in lakes to analyse how past variations in climate have influenced the ecosystems. By using these geographical gradients and time-scale signals predictions may be made of how fast the systems will change in response to the climate changes and the direction that the change will take. The researchers of the ASP network will also focus on permafrost thaw of Arctic soil and the implications of this for the turnover and release to the atmosphere of the greenhouse gases carbon dioxide and methane.

In connection with the ASP collaboration a new social sciences research environment with focus on climate research is being created. The researchers involved are employed at the University of Greenland and the Greenland Climate Research Centre studying problems pertaining to the society of Greenland, but the work will have more far-reaching, regional and global perspectives as well and will entail close collaboration with researchers from University of Alberta, Canada. Focus will be directed at social and climate issues in modern Greenland, and the research is in the cross-field between social sciences, climate research and public politics. Moreover, the efforts are aimed – in conjunction with the natural science research conducted at the Greenland Climate Research Centre – to obtain a better understanding of the coupling between climate changes, the exploitation of natural resources and the development of non-renewable resources in Greenland.

A detailed investigation of the living conditions and disease patterns of the Arctic human population also constitutes an important research topic of the ASP network. In April 2013 an international Arctic Health Workshop will be held at the Arctic Research Centre, Aarhus University, in which Arctic health researchers from Greenland, Canada, Denmark, Norway and Finland will participate. And in September 2013 the international health conference, NUNAMED, will be held in Nuuk.

The significant changes in the life style of the Arctic population since the 1930s have influenced its health both positively and negatively. By way of example the frequency of tuberculosis has markedly decreased, while the frequency of diabetes and certain forms of cancer has increased. The change in life style from a sealing to a more industrialised community has changed public health in a direction experienced also in the so-called “western” countries. For generations marine food has been the traditional diet of the Arctic population. Both social, cultural and economic factors influence public health, but also the well-known accumulation of pollutants in the environment and in marine food influences the health of the Arctic population groups.

The establishment of large-scale mines and oil and gas fields in Greenland employing workers from different cultural backgrounds may additionally impact social, cultural and health conditions. To this should be added the risk of release of new hazardous substances to the environment and to food items. Thus, it is important to monitor these changes over time to gain insight into the interactions among these factors both within the context of the environment, human diet and health and within a social and cultural perspective. For this purpose cross-scientific collaboration as that now established within the framework of ASP is essential.

A number of health researchers have made their expertise available in order to identify and prevent known and unknown risk factors in cooperation with the Arctic health authorities.

Towards the North Pole

In 2014 the main part of the research effort will be undertaken in the High-Arctic area at Young Sund in North-East Greenland, while the Canadian icebreaker, Amundsen, will serve as base for the activities of the researchers in 2015. The icebreaker is a modern laboratory with all modern facilities from where a team of 40 researchers during 12 weeks will study changes in vital processes in the Arctic sea. In connection with the Amundsen expedition the ASP team will set up several tent camps on the sea ice to investigate the extent to which the ice floes melt from below. The sea water temperature is increasing, but we still do not know how the heat from the different layers of the depth reaches and melts the sea ice. A number of other scientific disciplines dealing with the atmosphere, snow, the sea and the sea bottom will be included to support these basic investigations. One of the most recent results from the ASP collaboration shows that the sea ice moves faster the thinner it gets. If the sea ice is mixed with icebergs from land, it is almost impossible to predict the direction in which the ice will move – a subject of particular investigative importance before initiating anchoring of oil platforms in ice-filled waters.

In 2016 the efforts will be conducted in the Hudson Bay and Fox Basin, while Baffin Bay between Greenland and Canada will be the target area in 2017. Here, several sea currents transport large amounts of water between the north and south, and the area is highly important for a number of birds, fish, seals and whales. Moreover, every year several new icebergs enter the area and may obstruct shipping and oil and gas extraction. Close collaboration with Greenland and Canada is important, as water flowing up the western coast of Greenland sooner or later will reach the Canadian side of Baffin Bay.

ASP is a research collaboration between the Greenland Institute of Natural Resources in Nuuk, University of Manitoba, Canada, and Aarhus University (see Memorandum of Understanding).

The objective of the collaboration is to exchange knowledge between the partners and make use of their available logistic platforms.

At the ASP website you can keep well informed about the efforts of the researchers in the northern hemisphere, learn about the latest results and read reports on an Arctic environment in change.