ASP field campaigns up and running: story from Daneborg

ASP field campaigns up and running: story from Daneborg 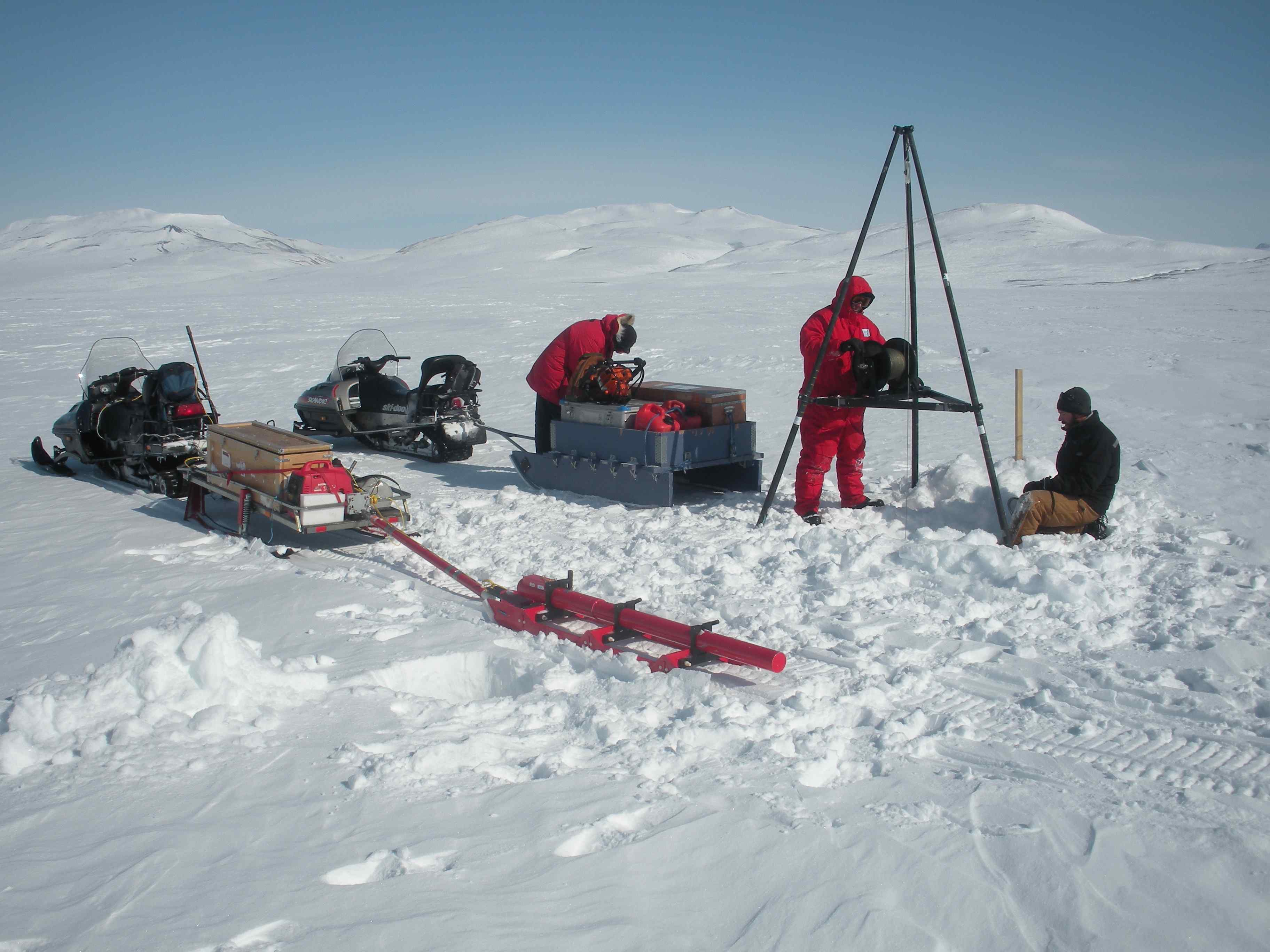 Spring is getting here even though the temperature is -15C. Small flocks of snow bunting are arriving and today we spotted the first barnacle geese. There is a lot of snow this year and in some places you can walk directly onto the roofs of the buildings. Actually, several places you have to dig a tunnel to get into the buildings. The fjord is in some locations covered by up to a meter of snow that overlies a meter plus of sea ice. The sun is shining from a clear blue sky and for days there has been no wind what so ever. Seals are emerging on the sea ice enjoying the return of the Sun. Everything is quiet as it can only be up here. We are back at fieldwork. We are the first team at the Zackenberg station in Daneborg, NE Greenland (74N) in this year’s comprehensive field campaign in the Arctic Science Partnership collaboration. We have ongoing work in several places this year with more than one hundred scientists and students in the field at Zackenberg, Daneborg, Nuuk, Disko Bay, Cambridge Bay, Resolute, Hudson Bay, and onboard the Canadian research icebreaker CCGS Amundsen in the Canadian North.

Our team will concentrate on snow and sea ice and how it interacts with the atmosphere and ocean. Last autumn we deployed several moorings collecting various parameters in the atmosphere (irradiance, temperature, wind speed direction, carbon dioxide concentration etc.), snow (thickness, temperature), sea ice (thickness, temperature, salinity, permeability etc) and ocean (temperature, salinity and currents, irradiance, turbidity etc). Several of these transmit their data via satellite. Unfortunately, we lost contact with one of the ocean mooring positions during winter. We have now localized all moorings, but one is missing.

The area outside Young Sound is interesting because of the presence of a polynya. A polynya is a site where sea ice is produced and frequently blown away from the area thereby allowing new ice to form again. It is a kind of sea ice fabric. There are different kinds of polynyas but this one is a wind driven one. The function of a polynya and its influence on deep-water formation and greenhouse gas exchange between the atmosphere and ocean are not well understood. In order to obtain the expected signal in the water column (cold and more salty water) we need to be close to the site of the polynya. Unfortunately this mooring was too close. It is irritating as sea ice broke off just 100-200 m inside the mooring position. We hope to find it when the sea ice melts in the fjord.

We have started to recover the other moorings and download data. We will deploy them again and capture the signal of the melting sea ice as we approach the summer thaw.  It is going to be a wet season due to all the snow and the scientists following us need to bring rubber boots and other waterproof clothes when working on the melting sea ice cover. The idea is to study melt ponds as they develop and disappear just before the sea ice breaks up.  On this leg, scientists are characterizing snow and ice texture, gas content, biological and chemical processes. In addition, we collect measurements from across and along the fjord from the Greenland Ice Sheet into the Greenland Sea in order to understand the variation of snow and ice thickness and its interaction with the atmosphere and ocean and to provide data for up scaling.

We also cover measurements in the water column below the sea ice to the sea floor.  It is a hard work to make these graphs; our transects extend for hundred of kilometers and each site ( 2-3 km apart) involves clearing 30-100 cm snow, drilling through meter thick sea ice, setting up a tripod to get our instruments into the water without freezing and then by lowering it (by hand) down to the sea floor that is 350 m deep in some places. We are operating from skidoos inside the fjord, but have also airboats that can fly over snow, ice and open water when melting advances. 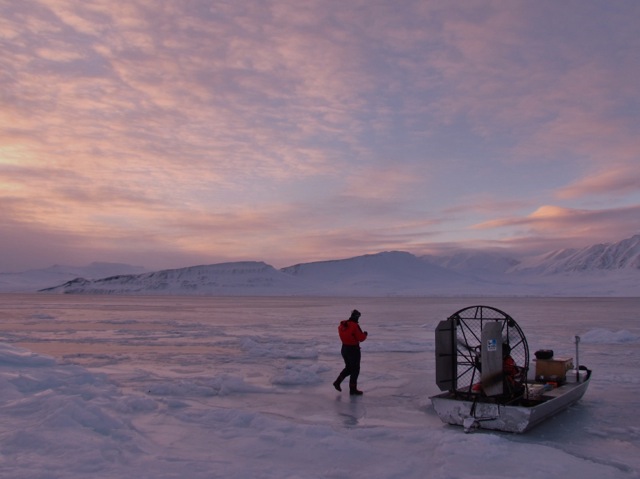 Days are long in the field. We start early and work often to midnight. Often there are long evenings in the laboratory here in Daneborg. And just before going to sleep, notes have to be made and the day’s data saved. People are looking tired in the evenings but it is difficult to get to bed as the sun is up day and night. We are approximately 1000 km north of the Polar Circle.

We take turns in the kitchen and right now it smells of fresh baked bread. Time is 1 am and people are still working. Looking around the table we have people from Greenland, Canada, Denmark, Russia, India, Belgium. What a team!