Life in a melt water pond

Life in a melt water pond

Melt water ponds are formed when the sea ice start melting in the early summer and they disappear alongside the ice. A Ph.d. project is presently studying what impact these short-lasting ponds have on the global carbon budget.

While the Arctic is getting warmer, the sea ice is melting with increasing speed. When you cross the sea ice by plane, this is quite evident; large turquoise-blue ponds spread out on the white surface.

But the sunlight is reflected less from these dark ponds than from the white ice and the absorbed heat causes the ice to melt even more rapidly.

Ph.D.-student Heidi Louise Sørensen from NordCEE, University of Southern Denmark and the Greenland Climate Research Centre at the Greenland Institute of Natural Resources in Nuuk, have now decided to study the life in these ponds where the bottom is formed of sea ice. 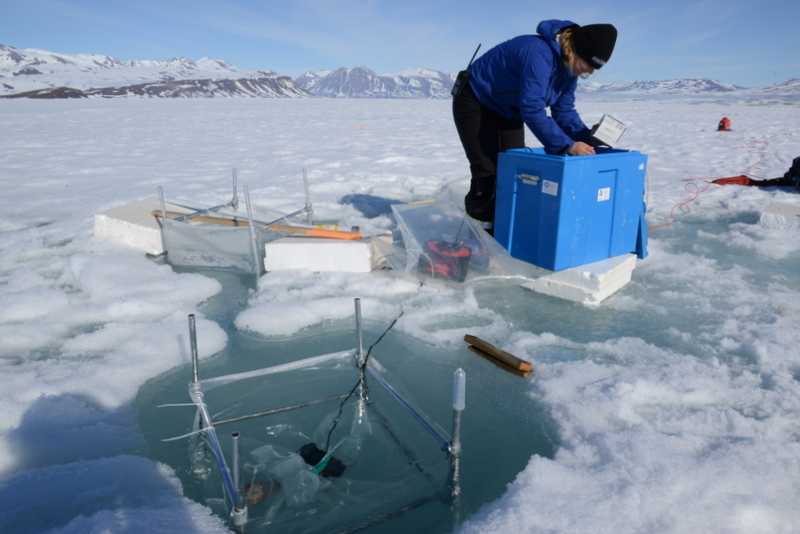 Goal-oriented joint
The international Arctic collaboration, Arctic Science Partnership, will in the period from March to October in 2014 carry out a large-scale research program in Young Sund in North-East Greenland. During periods of three work-weeks ten men from various countries will live and work from their base at Zackenberg Research centre at Daneborg.

When all field campaigns are concluded more than a hundred scientists will through a co-ordinated effort have contributed to a better understanding of how the warmer climate affects the exchange of carbon among oceans, ice, snow, land and the atmosphere in the Arctic.

Heidi Louise Sørensen took part in the three-week period at the end of June, at which time the number of melt water ponds are at the highest.

Huge potential
Plancton algae from the sea are trapped in the sea ice when it freezes. And so, covered with a thick layer of snow and ice, the algae receive hardly any light.

But when the sea surface and the snow melt in the spring, melt water ponds of various sizes form. Algae, frozen into the sea ice, are now released into the ponds which are mostly freshwater ponds. The now increased light creates a huge potential for plancton algae production.

So far only low production rates have been measures in these ponds, and Ph.d.-student Heidi Louise Sørensen expresses that: “we would very much like to know why that is”.

The algae production may be limited by nutrients, too much light intensity, UV-radiation and  plancton grazers living on bacteria and plancton algae.

“The ponds are small eco-systems where microscopic algae are totally dependent on the nutrients released from the bacteria, when they metabolize the algae cells. Our theory is that the algae production possibly is shifted on to the bacteria or grazed by small creatures – the meio-fauna. This is why we also measure the bacteria production and study the creatures that consume algae and bacteria”, Heidi Louise Sørensen explains.

Five artificial ponds
In order to get answers to all the questions, Heidi has created five artificial ponds on the sea ice. She adds different combinations of nitrogen and phosphor and one of the ponds has been shielded from UV-radiation. At the same time she observes two natural melt water ponds, having added nitrogen and phosphor to one of them.

The aim is to learn just how important the algae in melt water ponds are to the total carbon budget in the Arctic sea. 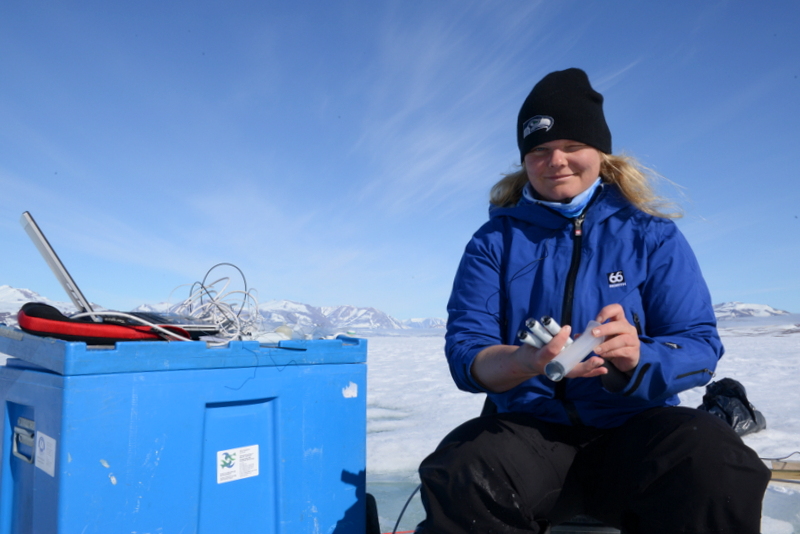 Heidi Søren has built a simple laboratory on the sea ice where she carries out the tests of the multiple water samples gathered throughout the days. Photo: Peter Bondo Christensen. 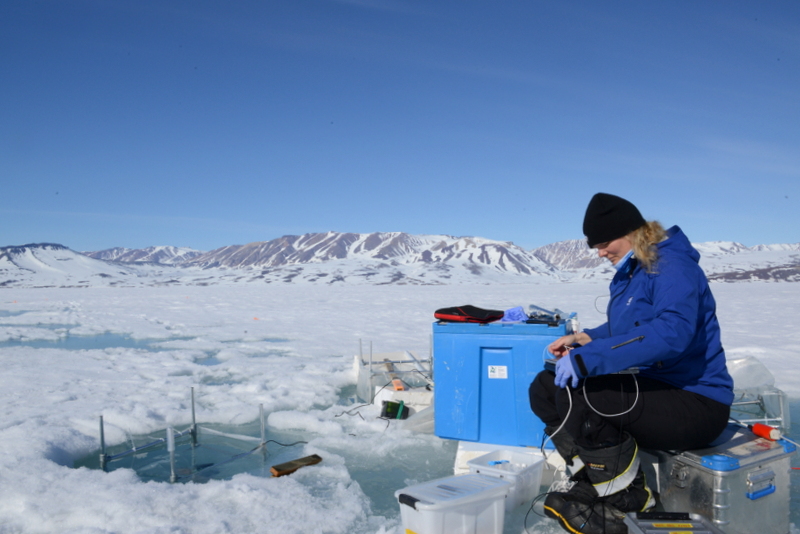 With optrodes Ph.d.-student Heidi Sørensen is able to measure the content of oxygen in the samples taken from the artificial melt water ponds. Photo: Peter Bondo Christensen. 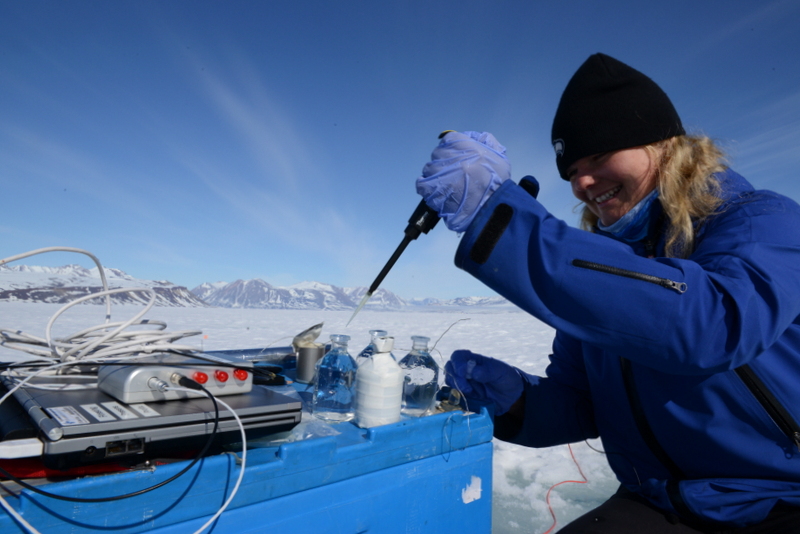