Sea ice in the Arctic and Antarctica covers approx. 10-12% of the Earth’s surface and plays an absolutely crucial role in the climate on Earth.

A group of Danish and foreign researchers have now written a brand-new book about this important and unique ecosystem. Because sea ice is an ecosystem similar to all other ecosystems. Microalgae, bacteria, viruses, fungi and other microscopic organisms live in the ice. They interact and all affect each other.

Unlike other ecosystems, a large part of the sea ice disappears every summer and then refreezes the following autumn and winter.

The book is structured so that it follows the seasons and describes the ecological processes where light and temperature are essential. We learn about how the sea salt freezes out of the ice when it is formed, how bacteria in the ice break down organic matter and release nutrient salts, which the small frozen algae absorb during their photosynthesis. And we realise how the formation and melting of sea ice affect the entire global carbon cycle.

“The organisms in the sea ice must be able to cope with extreme conditions with intense cold temperatures and a very high and fluctuating salinity that changes throughout the year,” says Lars Chresten Lund-Hansen, who is Associate Professor at the Arctic Research Centre and Aquatic Ecology, Aarhus University, and who headed the book project.

“What’s unique is that we now have data from all hours all year round, which gives us an overall understanding of the complicated ecosystem,” says Lars Chresten Lund-Hansen.

In addition to the organic chapters, the book also contains a chapter on the many methods used by the researchers to study the ecology of the sea ice. The ice must be collected and analysed in laboratories and modern underwater robots are used to provide the researchers with the latest knowledge from the ice-cold areas.

Among other things, the new book will be used as a textbook for the course “Arctic Sea Ice Ecology”, which is being held in Nuuk, Greenland.

Further information about the book: 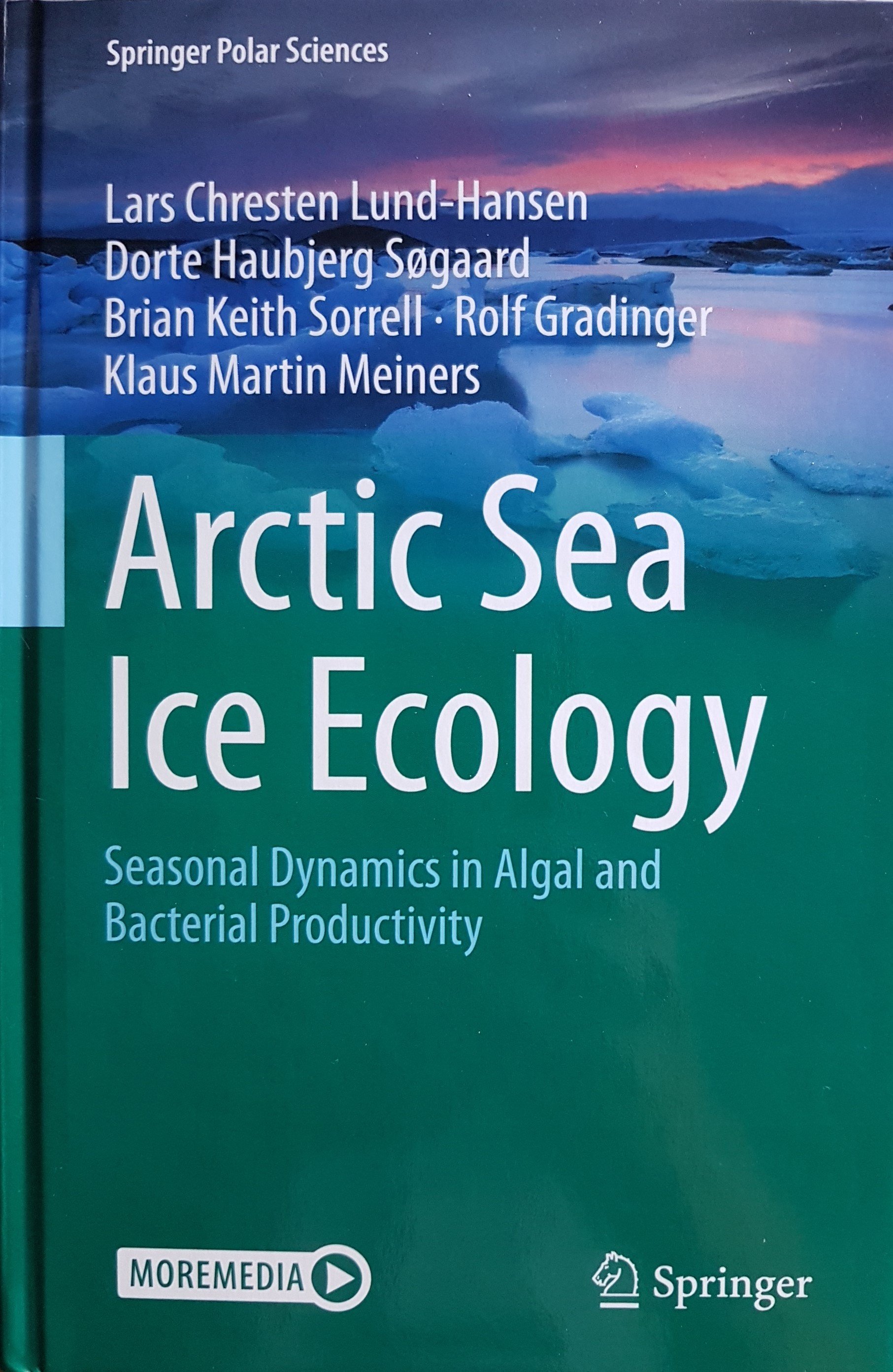 The new book about the ecology of sea ice “Arctic Sea Ice Ecology” was published in September by the Springer publishing company. Photo: Lars Chresten Lund-Hansen 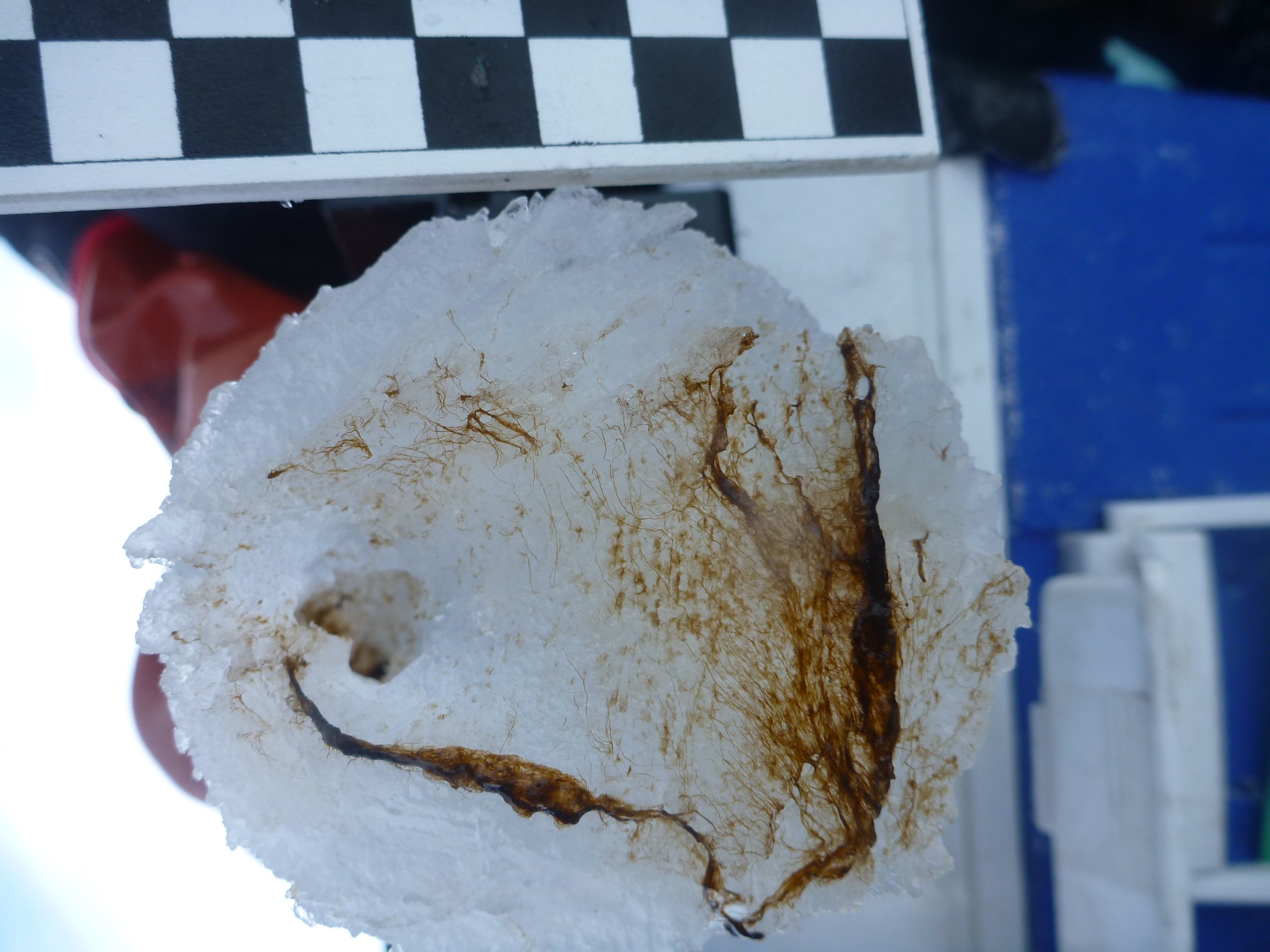 On the underside of the sea ice, there are rows or chains of ice algae that feed on nutrients from the sea and the little light that penetrates the ice. Photo: Lars Chresten Lund-Hansen 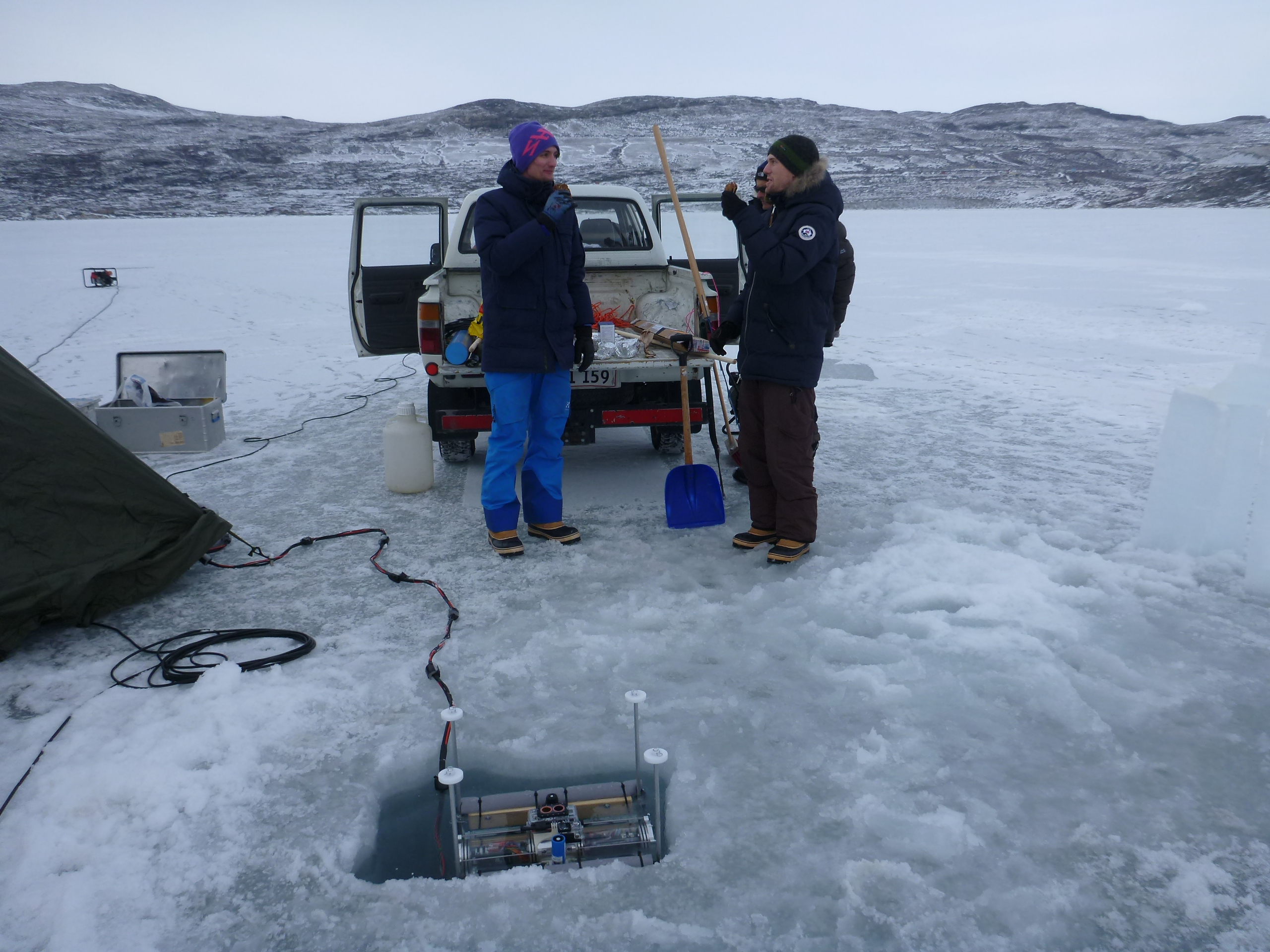 In Kangerlussuaq in Greenland, the researchers drilled holes in the metre-thick sea ice to lower a remote-controlled underwater robot under the ice. This allows them to study the ice algae in their natural habitat. Photo: Lars Chresten Lund-Hansen