”Nuup Kangerlua – Exploration of an Arctic fjord” is the title of a beautiful popular science book just published by the Greenland Climate Research Centre. The book is a treat for everyone who wants to know more about the fjord in Nuuk’s backyard.

For more than ten years, Greenland’s Climate Research Centre at Greenland Institute of Natural Resources has studied life in Nuup Kangerlua. This enormous effort makes Nuup Kangerlua the best studied Arctic fjord all over the globe.

Now the discoveries of the researchers are presented in a language and a form that everyone can understand.

”The book makes research alive and takes the readers into the field. We are really pleased that the book is now a reality,” says acting head of the Climate Research Centre, Mie Sichlau Winding.

In the book, you can read about the invisible life that is the basis of the entire ecosystem in Nuup Kangerlua. How glaciers are decisive for the amount of fish in the fjord and the role of the sea ice as a carbon pump. You can read about the fjord’s cod and whales and experience an almost unimaginable life on the seabed.

The book is far from a dry review of the ecosystem; it is written as a series of reports, which can be read independently of each other. The book lets the reader experience both the new discoveries and the researchers’ working methods.

The researchers at the Climate Centre have made a major contribution to the book with their scientific knowledge and images from their work in and around the fjord, and the book was written by Signe Høgslund and Peter Bondo Christensen from the Arctic Research Centre, Aarhus University.

The aim of the book ”Nuup Kangerlua” is to give anyone with an interest in Arctic nature an insight into how and why everything is linked in the Greenland fjords.

The book is therefore published in Greenlandic, Danish and English and is sold here in Nuuk in Atuagkat, in Brugsenii and at the National Museum of Denmark. It can also be purchased from selected Danish bookstores and ordered onlinevia Saxo (https://www.saxo.com/dk/products/search?query=nuup). 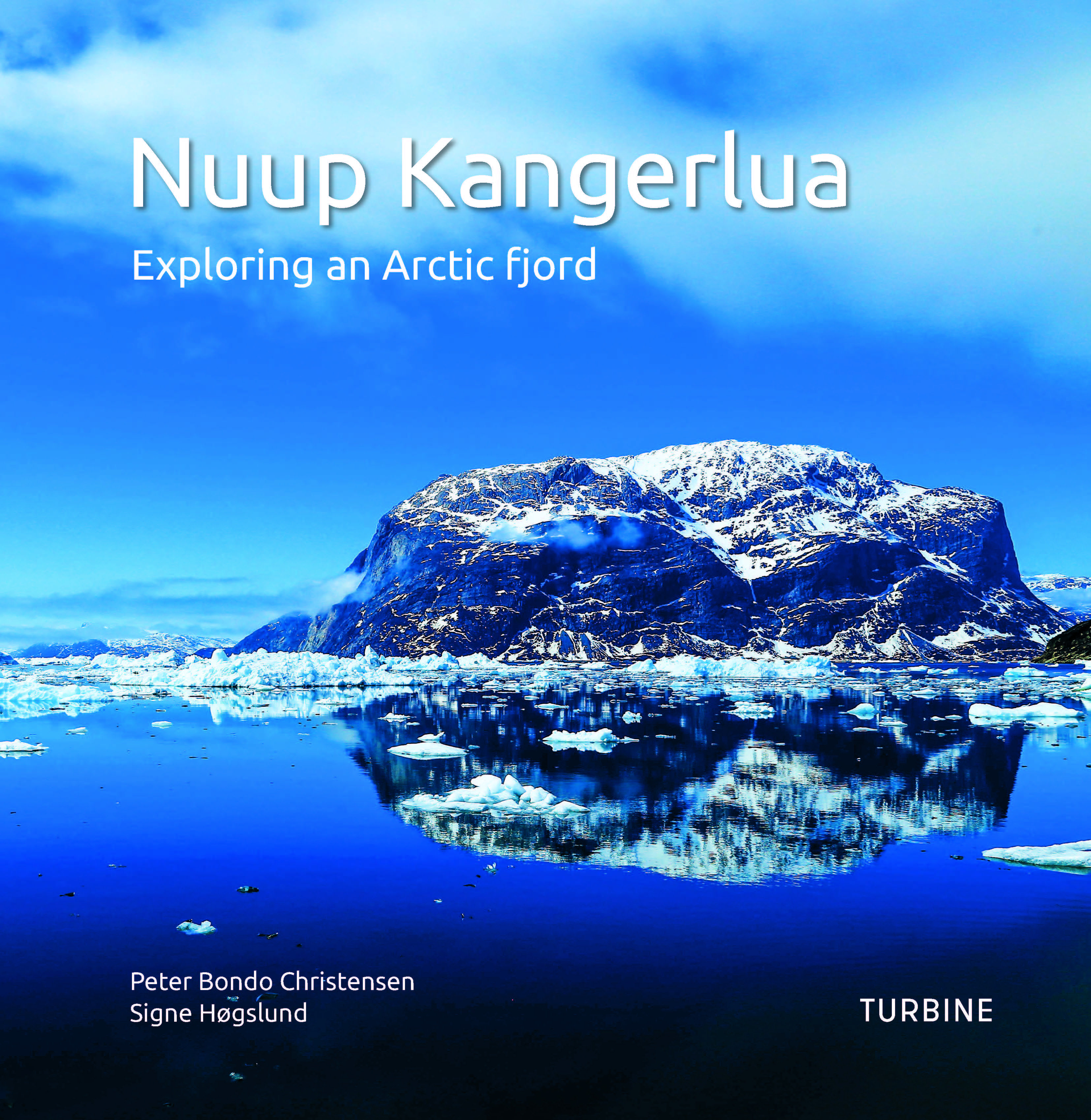 A newly published book – ”Nuup Kangerlua – Exploration of an Arctic fjord” – tells about life in the fjord behind Nuuk in both words and pictures and describes the scientists’ work with focus on ten years of research in Nuup Kangerlua. From the left, acting head of the Climate Research Centre Mie Sichlau Winding (in the middle) and the book’s two authors, Signe Høgslund and Peter Bondo Christensen.